China at the center
"China at the Center featured two rare masterpieces of 17th-century cartography, the result of early collaborations between Jesuit priests and Chinese scholars sharing knowledge and curiosity about the world. The 1602 Ricci map, developed by Matteo Ricci while in China, is the earliest known Chinese map to depict the Americas. The 1674 Verbiest world map, created by Ferdinand Verbiest for the Chinese court, is being exhibited for the first time ever.

Through these large-scale woodblock-printed maps, visitors discovered how much of the world’s geography and ethnography was known at this early date, including the longest river in Africa, the peninsula of Florida, the fish-skin clothing of the far north and the feathered garb of Amazonian peoples. Two interactive digital displays revealed translations describing the peripheries of the “known world”: lands where giants paint their faces, oceans with mermaids and flying fish, and a kingdom inhabited by foot-tall humans who live in constant fear of being devoured by hawks.

With easy access to GPS technology, the world is now literally at our fingertips. These maps transport us to an age when tremendous effort was required to understand the contours of the world and to record (and imagine) the marvels within it."
- Asian Art Museum 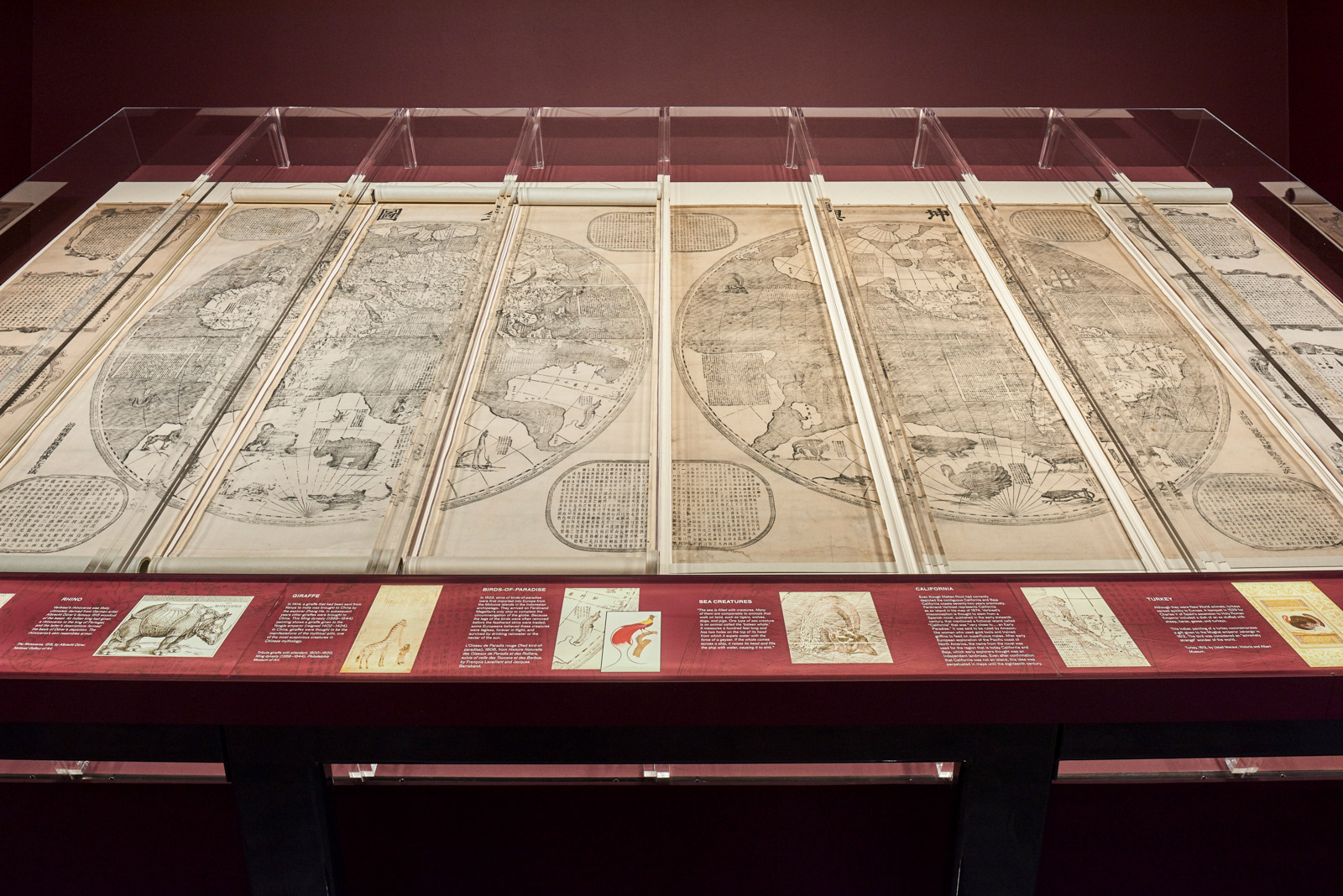